Are you wondering if I color coordinated reads for this month? Well, I kind of did. I’m just going through my book stacks and picking out the books I haven’t read yet. My books just happen to be organized by color right now. The February reads post is going to be mostly orange 🙂

What you need to know: An action packed adventure… only you don’t realize it at first because the hero, Phileas Fogg, is a creature of habit that is focused on calculations and not the journey.

Though Verne is known for his science fiction, this work doesn’t dwell on the fantastic. It must have seemed almost like science fiction at the time, however, because a journey around the world in such a short time would have seemed impossible. The (then) modern technology of railroads and steamers made it possible for normal (albeit rich) men to tour the world when only great heroes could do so before. So it is kind of neat that a normal (I use the word normal lightly; the guy is pretty odd) guy could go on a great odyssey. It is definitely a fun read once you get a few chapters in.

P. S. There is no hot air balloon riding, even though the image of the characters in a balloon is often associated with the book. Weird.

P.P.S. The book is a little on the racist side at parts. I have to remember when reading classics that it is a mark of the time, but it still bothers me.

What you need to know:All about the 60’s. If you enjoy reading about the civil rights and anti-war movements, then this is for you.

This is another thrift store find. I picked it up because I really like James Baldwin’s Go Tell it on the Mountain and 40 cents didn’t seem like to much to pay for four of his essays. Worth it even if I didn’t end up loving the other writers.

I was also excited about the prospect of reading new authors. Essays and short stories are a great way to get exposed to new authors because you aren’t committing to an entire novel. It is way easier to hate something for 20 pages than 300. You feel better at the end. I read my literature textbooks for fun sometimes for this reason. In this regard, this book was a success. I picked up Ralph Ellison’s Invisible Man and Philip Roth’s “The Human Stain” because I liked their essays so much.

The main plus to this book, however, was that it gave me some intellectual time while nursing Jonas. It was like brain push-ups. As many of you SAHMs know, the first few weeks with an infant can be void of grown-up conversations. So it was nice to exercise the sociology section of my brain. 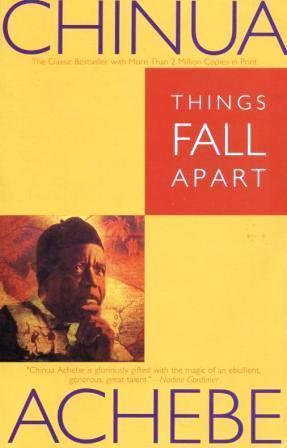 What you need to know: One of the most brilliant works of African literature out there.

The book centers around Okonkwo, a respected and strong man in his community. Okonkwo stuggles to become a prominant figure in his tribe and is afraid to show weakness. The book depicts the disruption of tribal life by missionaries and colonialism. This book is great because it submerges you into a different culture, but there are still universal themes (like hubris) that make the work easy to connect to.

What you need to know: Pretty much nonsense.

It’s not that this book was unpleasant to read. There were just too many technical issues to ignore, so I couldn’t concentrate on the positive things. The book is pretty darn funny, but the humor is overshadowed by the author’s lack of skill. For instance, the book is written in the first person, but the socially awkward and naive narrator becomes suddenly insightful and understanding when the mood strikes. For no apparent reason. The book is sometimes in the narrator’s voice and is sometimes very obviously in the author’s voice. Big mistake when the book is written in first person. This bothered me so much that I’m surprised that the New York Times Review cast the book in a favorable light. Even though the review said the book was “overplotted” (it was), the author of the review seemed to think that the oddball humor in the novel made up for the many errors. 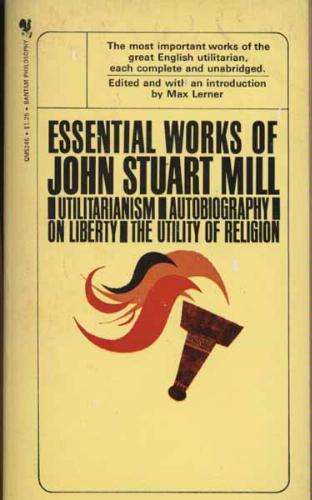 What you need to know: The subject matter is interesting, but the book itself is boring. You are better off with Wikipedia.

This book is part of the Essential Works of John Stuart Mill (1961), edited by Max Lerner. I read Autobiography this month and plan to read the other books next month. I have been interested to read Autobiography since a college history course I took that touched on Mill’s education: his father gave him a rigorous education that turned Mill into a prodigy. However, Mill became very depressed and grew to hate his father as a result. Mill also had a very interesting love life. You don’t need to read Autobiography to learn about the interesting points of his life, though. The book itself spends far too much time on Mill’s publishing history. I was also disappointed to find that it didn’t include much on the evolution of Mill’s philosophy and ideas. 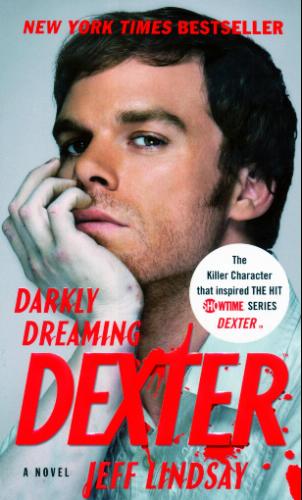 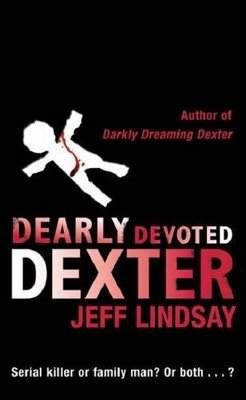 What you need to know: Not for those with a weak stomach. These books are screwed up. I mean, they are about semi-vigilante serial killer. It’s a given that they will offend some people.

I don’t know how I went this long without knowing that the Showtime Series Dexter is based on books. We don’t have cable (who needs 300 channels when there’s never anything on?), so I’ve been using Netflix to watch it. And after the crazy Season 4 twist ending, I’ve been jonesing for more Dexter. I can’t watch Season 5 until it comes out on DVD. Like I said, Netflix.

These books give me a fix. Season 1 of the show is based on the first book, so there won’t be many surprises if you watch the show. But the second book is a whole different story.

I read both of these books in a day. They are definitely hard to put down. But this is one of the very very few times when the film adaptation is better than the book. Movies are almost never as good as books; they are usually a bad summery of the novel. But television series have time to develop plot and characters even further than a book. So I guess I’m recommending the show more than the books, but I’m a fan of both. Have you read any of these? What did you think of them?